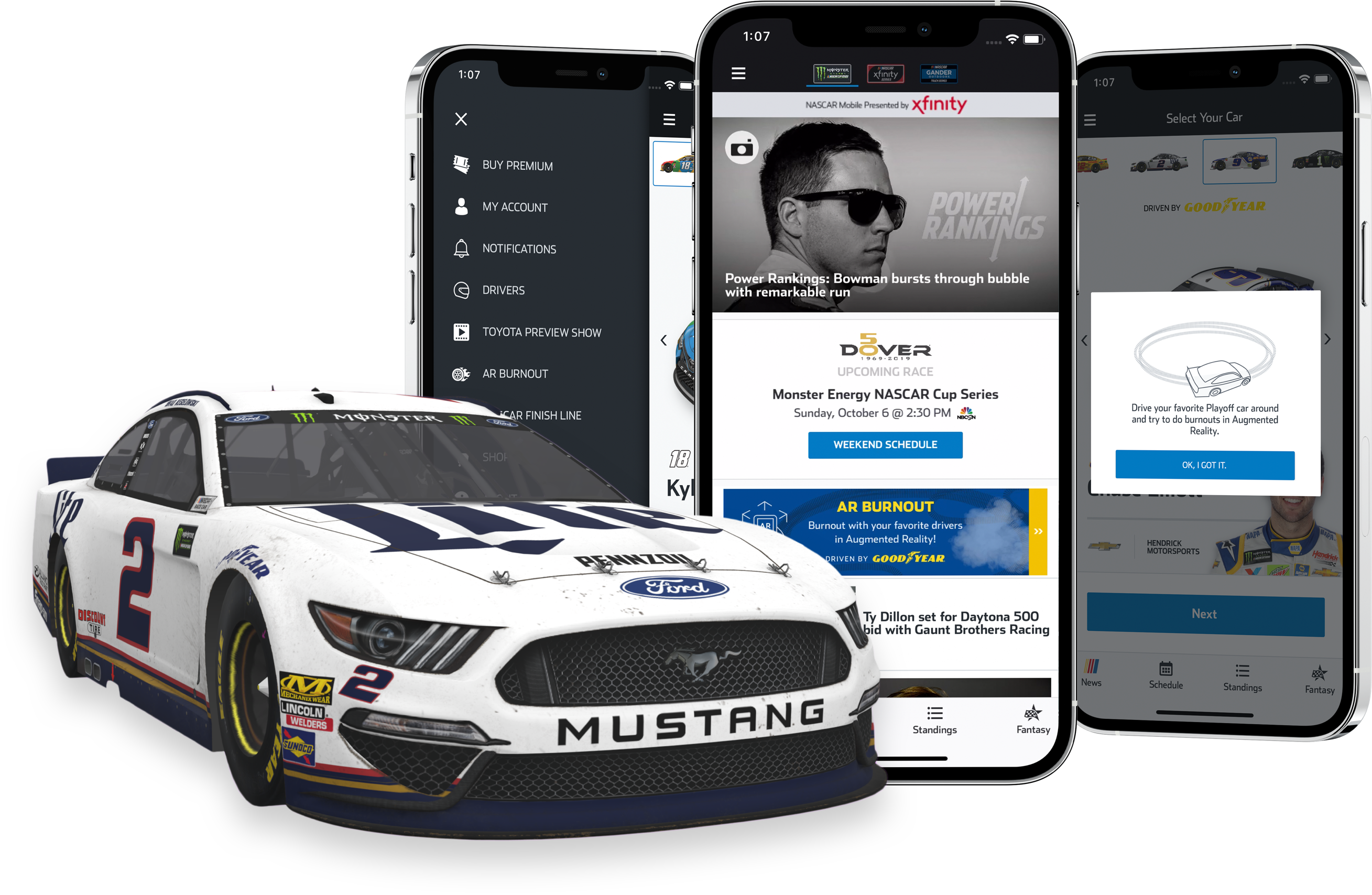 NASCAR, seeking to drive fan engagement and sponsorship value, wanted to test some emerging technologies to see how fans and sponsors would respond to it.

We developed a customized augmented reality solution, featuring NASCAR’s long-term partner Coca-Cola, to coincide with the Daytona 500, NASCAR’s season-starting flagship event. While in the NASCAR app, users could point their smartphone camera at a can of Coca-Cola which opened a “gateway” to an immersive experience that transported users to track.

Looking to build on the successes of the AR Coke Portal, NASCAR wanted to create another augmented reality experience to promote its ongoing partnership with flagship sponsor Goodyear.

Together, we created AR Burnout, an innovative hyper-casual game that allowed fans to ‘drive’ NASCAR race cars and perform 360° ‘burnouts’ in their physical environments. Using the official NASCAR app, fans were able to select from over 15 NASCAR Playoff driver cars to perform burnouts and compete against each other. Fans could also share recorded videos of their stunts across their social networks, all within the app. 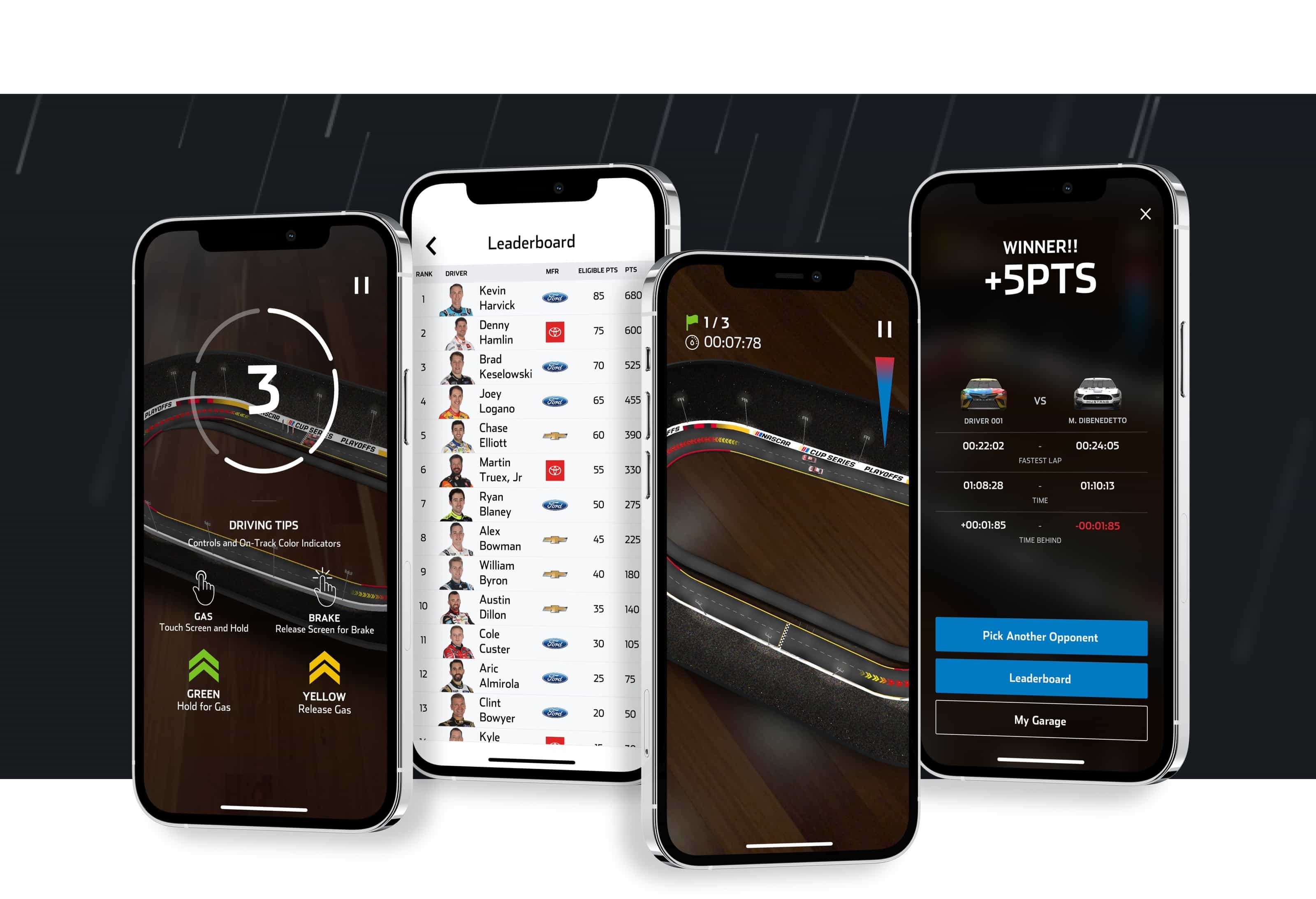 During 2020, NASCAR sought ways to keep fans engaged leading up to race weeks. NASCAR tapped Infront X to create an extraordinary fan experience to celebrate and support the Playoff series.

To support this, we held in-person interviews and conducted a national study to better understand fan behavior. Key takeaways included hardcore fans are passionate about the track, the drivers and rivalries and are looking for innovative ways to get closer to the action.

Built directly into the NASCAR mobile app, NASCAR AR Racing allowed fans to go head-to-head against one of 16 playoff drivers on any of the 10 playoff tracks from the series. Users could customize their race car, choose their number, and take a few practice laps before taking on the virtual version of NASCAR’s elite drivers. 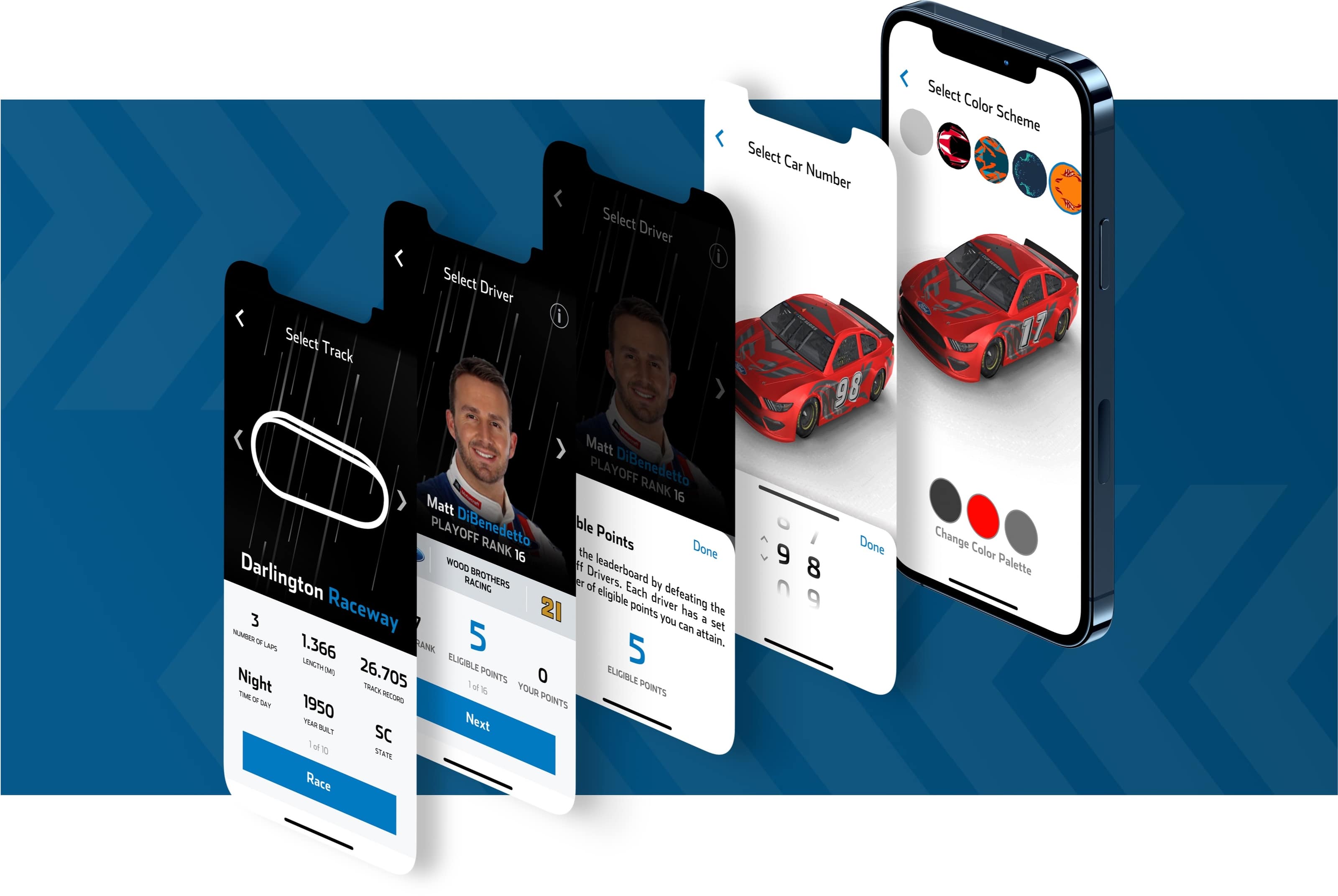 Verizon explores how 5G can change the live viewing experience.

Leagues of their Own: Replatforming the hub and team ecosystem for the Esports giant.
See More